He could not stop fantasizing of that, every woman he met online, he imagined that She might be the one to ruin him. Like so many wannabes, he too chatted with Women on cam on the same subject while they moved their legs hypnotically….and after he ejaculated, he returned to his mundane life, only to come back when he had the urge. 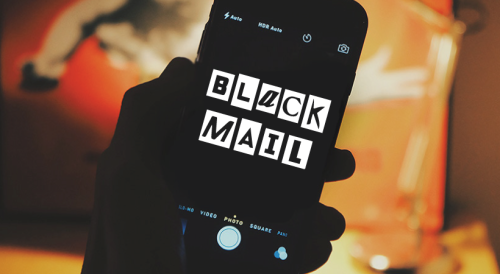 Yes, he had spent quite some money this way, over the years, but nothing too serious. He was just playing, not really committing, and he also did not think much of the money he had spent. After all, work was good, he was making some good money, this was his way of having fun, getting off, all was fine this way.

But the thought of being trapped, being blackmailed and forced to obey and be stripped off of everything he had by a ruthless lady did not let go…..he always thought of that, he knew how terrified he would be if someone had dirt on him and threatened to tell, and how he would not dare to say no….and that made him oh SOO HARD……

From time to time he sent some tiny pieces of information to Women online, a bit here, another bit there….hoping they might find the rest themselves, and trap him….he even went further and gave more info to one or two…only to back up and plead them not to continue….they obliged him, they were not really interested in going further themselves….they were happy with the money he had tributed them and everything was just fine

In other words, he kept playing safe…

But…he was also…BORED….and….he felt that he was growing older…in his 45 he had already gave up on the idea of getting married and having a family, he felt that his life would be servitude to a Woman as a slave, but he also felt that it was time that he went further and did something more…..”tangible”…..all the while he was in the proper age to do it…

Deep inside him he longed to find a Woman Who would fuck him up ruthlessly, Who would not let him escape….who would take advantage of him once and for all….use him until his last breath….that was his ultimate dream….to be used in a “holistic” manner….

If BLACKMAIL is your kink have a look at more :

Do you dream about being EXPOSED? ( click the link)

Watch me seduce you into a blackmail contract ( video )

get this one too!

BLACKMAlLED (fantasy ) and STUPID for me is your dream? INFO

and this one too!

Posted at 09:18 AM in Consensual Blackmail, Stories | Permalink | Comments (0)