March has been fabulous with a trip to Spain!

Spent days relaxing at the seaside Sitges and later on in Barcelona. Attended European Summit and was features as a speaker at Top Model Panel. This was my first public appearance as well as first Summit I attended.

Met a lot of people from the industry and received some interesting opportunities that may turn into some projects in the future. Met potential partners for my brand development and we had some good talks.

But also took my sweet time to walk the beach, the streets of Barcelona and eat at Barcelona's best restaurants.

The most glamorous night of the trip was European Summit Awards Gala Dinner that I attended as a Nominee for Fetish Model of The Year.  Unfortunately I did not know about my nomination till the night off! Crazy how that happened, but I did not campaign for votes at all. Still proud to have been nominated.

I did receive an Award at the Gala, for the title I hold for 4 years in a row for DreamHouseLive , Flirt of the Year 2016 and I am was truly surprised, I did not expect it!  I was called out to the stage and had like 30 sec to prepare my speech but it went well.

Unfortunately my glass award broke, and I am waiting for replacement. Only took a picture when it was sitting in front of me at the dinner table. 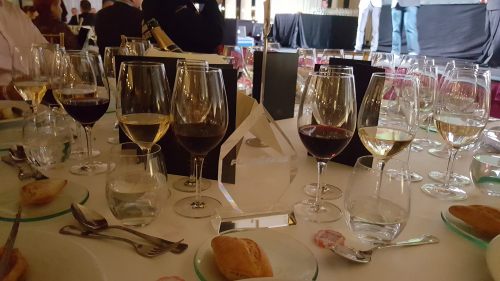